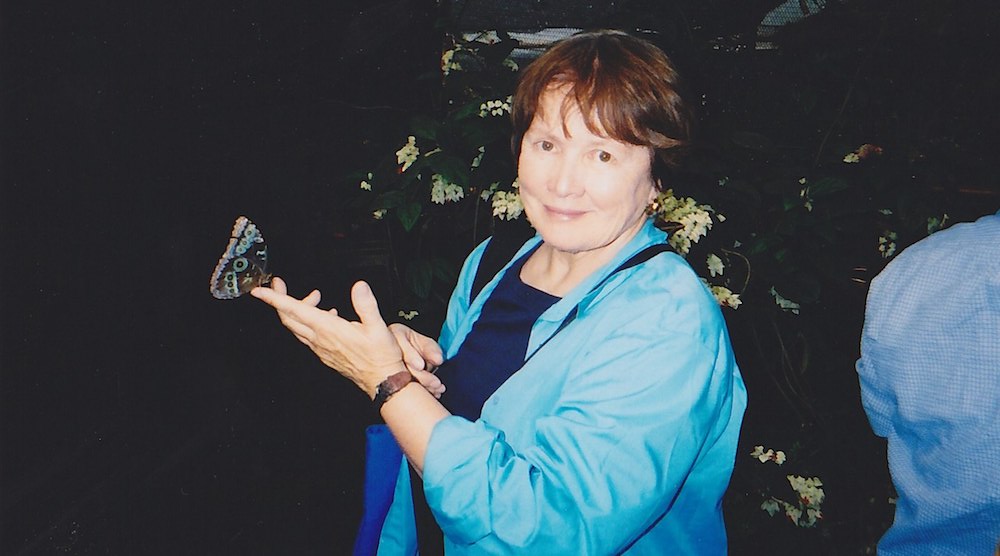 The Cal Poly Mathematics Department lost a treasured friend and colleague on Dec. 8, 2017, when Professor Emeritus Jean Marie McDill passed away. Jeanie received her bachelor’s in physics from the University of Texas. She earned her doctorate in mathematics from the University of Florida in 1971, writing her dissertation in category theory under advisor George Strecker. She taught in the Cal Poly Mathematics Department from 1973 until her retirement in 2001; she also taught part-time in the Faculty Early Retirement Program until 2006.

Jeanie was a strong proponent of visualizing mathematical concepts, and she had many creative ideas for such illustrations. Starting in the early ‘90’s, Jeanie worked with other early adopters of instructional technology to create Interactive Differential Equations, a set of tools for visualizing phenomena involving differential equations; she made visualization tools for business calculus as well. She coauthored a well-received textbook “Differential Equations and Linear Algebra” with Jerry Farlow, James Hall and Beverly West.

Locally, Jeanie was one of several faculty who developed and used the computer lab in 38-135 for active learning projects with software. After retiring, Jeanie continued to participate in special sessions involving the Community of Ordinary Differential Equations Educators at the Joint Mathematics Meetings.

In addition to differential equations, Jeanie frequently taught graduate topology and the history of mathematics. One memorable year, her history of math class featured a Newton vs. Leibniz “trial” in which students played the roles of attorneys and witnesses to illustrate the controversy over who really discovered calculus.

Jeanie was one of the first women to teach in the Cal Poly Mathematics Department; she was probably the first tenure-track female faculty member in pure mathematics. She was a wonderful mentor and supporter for female faculty who were hired after her. In addition to providing serious advice, she taught us how to maintain equanimity while frequently losing keys, purses and other important items.

Along with her accomplishments in mathematics and teaching, Jeanie was a founding member of the San Luis Obispo Folk Music Society. She loved reading mysteries and science fiction. Especially after retirement, she traveled to exotic places all over the world with her family and many friends. Her adventures included swimming with whales off the coast of Africa, riding a camel in Egypt, and visiting the Galapagos Islands. Jeanie is survived by her daughter Kathleen McDill, son-in-law Karl Bilawski, grandsons Erik and Ian, and brother Richard Willmore, as well as many extended family members and close friends. Former students and colleagues can send messages or memories to Kathleen at jeanies.memorial@gmail.com.