Home : Bringing Math to the World

Bringing Math to the World 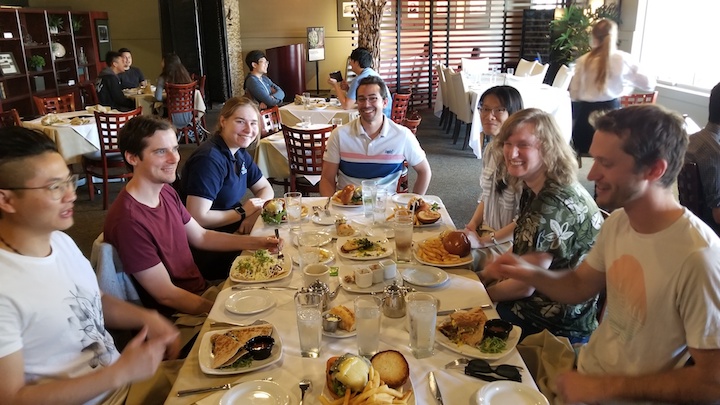 A panel of alumni met with current graduate students to share information on the career and educational options made possible by a graduate degree.

Cal Poly math faculty and students engage in teaching and learning mathematics in many ways outside the classroom. From increasing inquiry-based learning in higher education to helping lead the math club at a local elementary school to scholarly publications and presentations, the department is making an impact in the world of mathematics.

In 2018, Danielle Champney and Todd Grundmeier led National Science Foundation (NSF)-supported workshops on inquiry-based learning in Torrance, California, and Washington, D.C., respectively. The workshops were part of a five-year, $2.8 million collaborative research project between Cal Poly and the University of Colorado Boulder that focuses on increasing the use of research-based teaching practices at the college level. 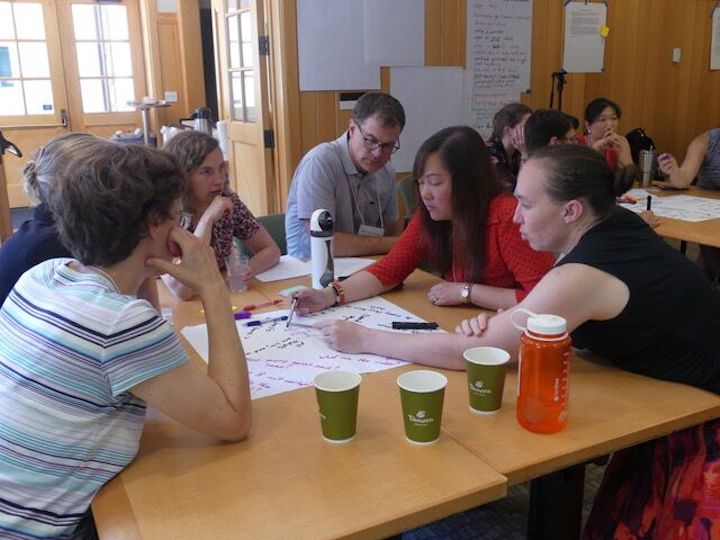 More than 50 college mathematics instructors from institutions across the U.S. and Canada attended the four-day workshops. To date, more than 400 faculty across the nation have participated in an inquiry-based learning workshop led by Cal Poly faculty.

Stan Yoshinobu, Katie Kahle and Winston Chang from the Academy of Inquiry Based Learning provided workshop administration and logistical support. Sandra Laursen from the Ethnography and Evaluation Research unit at the University of Colorado Boulder led the research and evaluation support. 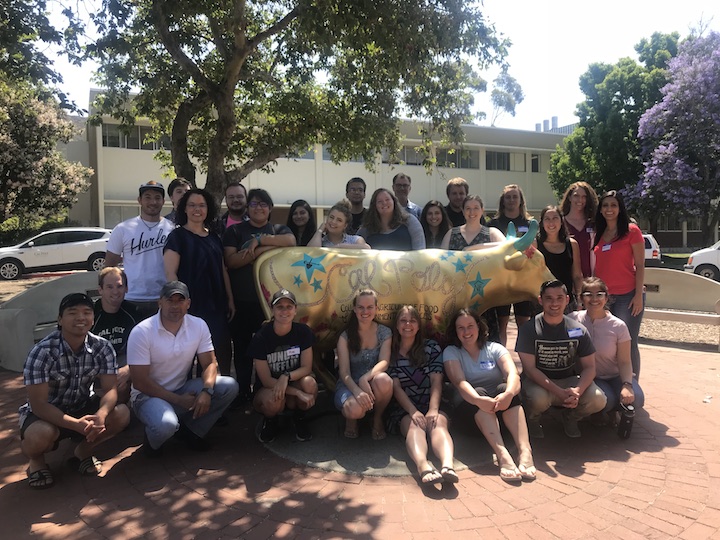 Grundmeier and Elsa Medina offered a Noyce summer workshops for 25 mathematics teachers. The work is funded by an NSF Noyce Grant.

In 2018, Emily Hamilton and Joyce Lin organized a Mathematics Masters Career Panel for graduate students with alumni Shelby Burnett, who teaches at Cuesta College; Caleb Miller, who is currently a graduate student at University of Colorado Boulder; and James Hall, who works at Amazon. Panelists had lunch with the graduate students and held an open-question career panel for all advanced math majors and graduate students. 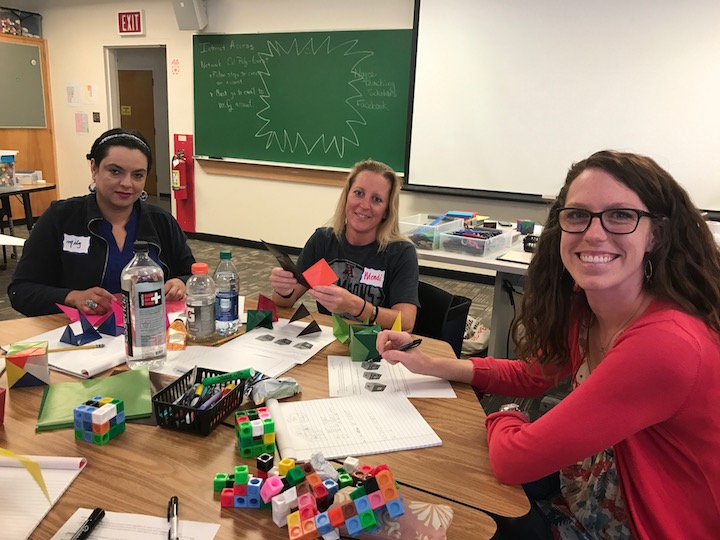 Math majors Julissa Magana and Randolph Mercado facilitated the Pacheco Math Club (PMC) at Pacheco Elementary School in San Luis Obispo during the 2018-19 academic year. PMC is a weekly, after-school math club for 25 students in grades three through six. The program aims to promote a growth mindset in students, especially students who feel discouraged or need a boost in math. 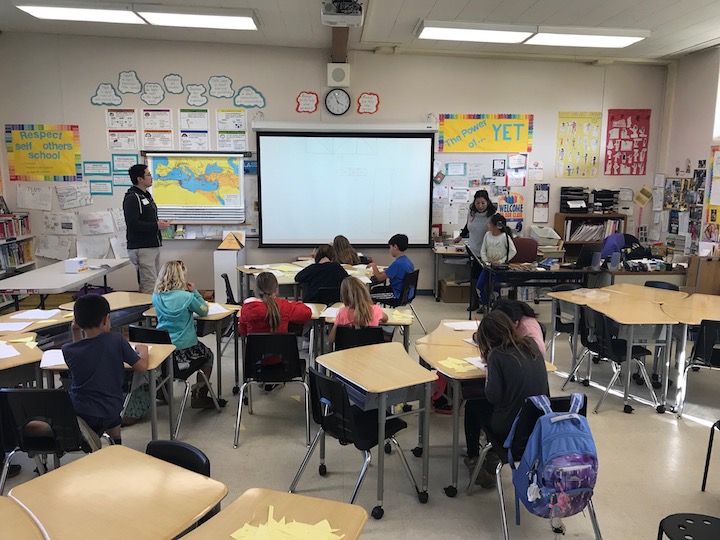 The students and Pacheco Elementary teachers Danielle Elsea, Mercedes Pascual and Cindy Peters co-facilitated hands-on activities on topics such as place value, geometry, fractions, math games and math derived from stories. The activities shared a common focus of doing math in a low-stress, fun and supportive environment, which helped students develop a better understanding and connection to math. This project is funded by the College of Science and Mathematics and led by Rick Mayfield, director of learning and achievement for San Luis Coastal School District, and Professor Stan Yoshinobu.

Brown showed that some symmetry results for the C-numerical range also hold for the special subsets and described some cases when the subsets are simply connected. They worked on plotting these subsets as well as the entire C-numerical range; these plots involve difficult optimization. Brown presented his work at the Spring 2019 Mathematical Association of America meeting at AIM.

Several students attended the Mathematical Association of America’s Golden Section Meeting, which covers northern California, Nevada and Hawaii. See below for photos of the students with the posters they presented. 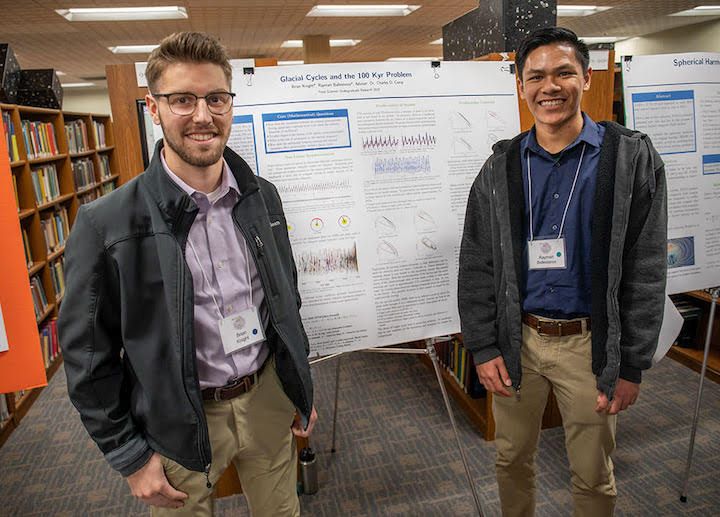 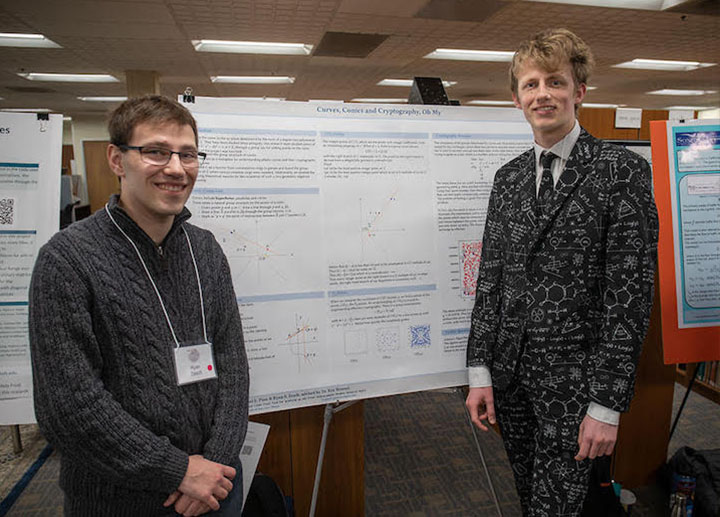 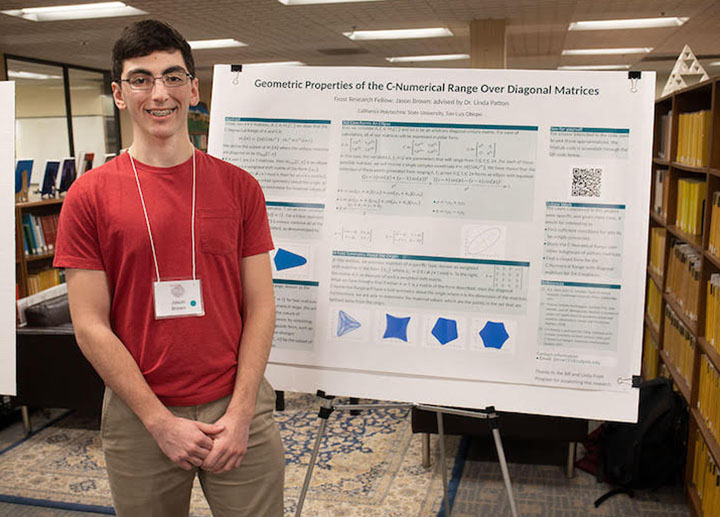 Vince Bonini and Erin Pearse received a $49,000 grant from the NSF FURST program, which was a collaborative project with CSU Fresno.